Ross McPherson is one of the driving forces behind the development of the Connections Project. The leader of the McPherson Media Group knows irrigation is the lifeblood of our communities. It’s why when he recognised the delivery network was failing during the millennium drought he didn’t sit back and hope. He acted. 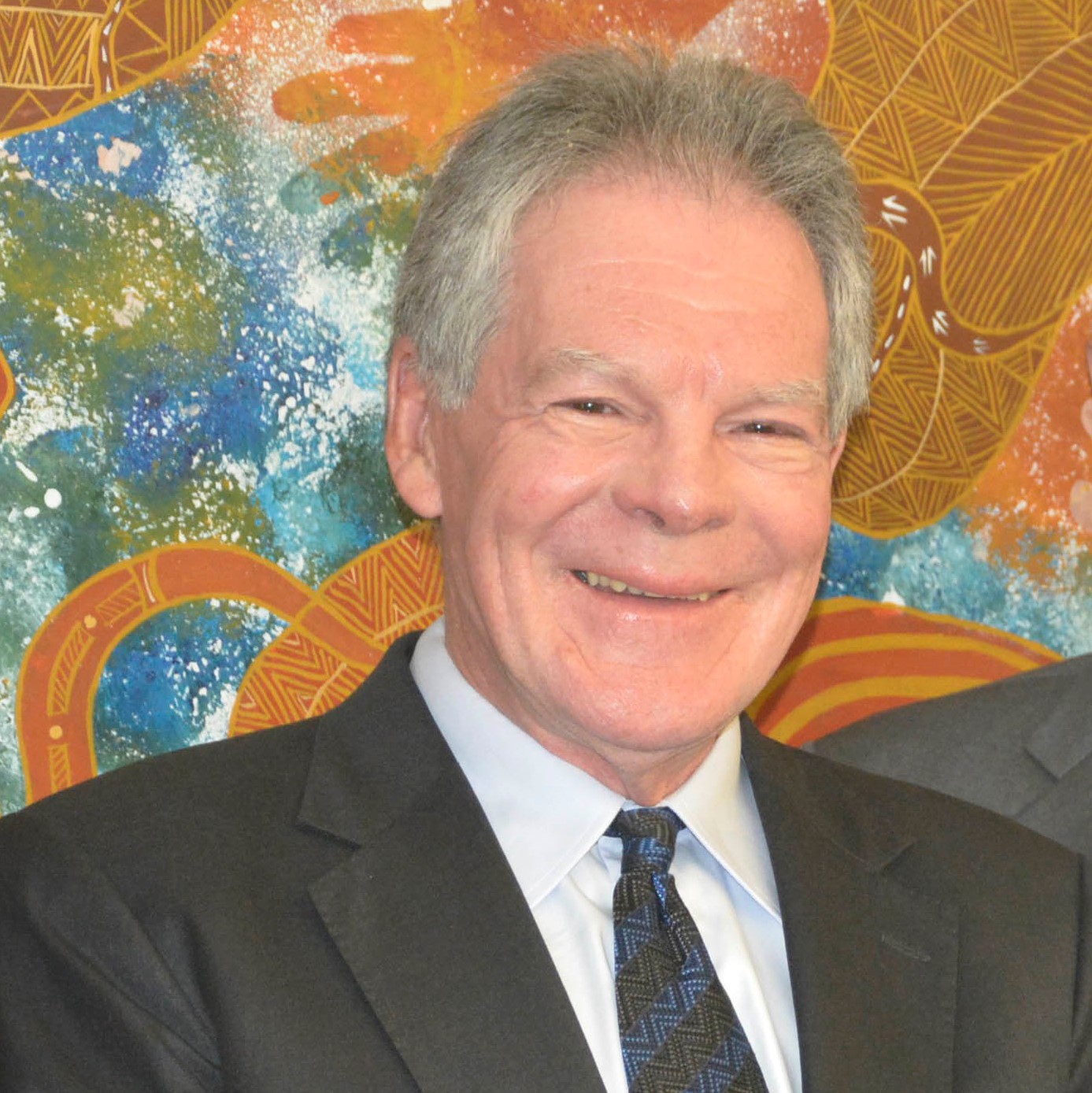 “I think it’s been a great success in terms of productivity. And those who have taken advantage of on-farm efficiencies have been able to automate so many systems. It’s enabling labour savings and time savings and continuing efficiency. It’s powered a huge leap in irrigation efficiency.” 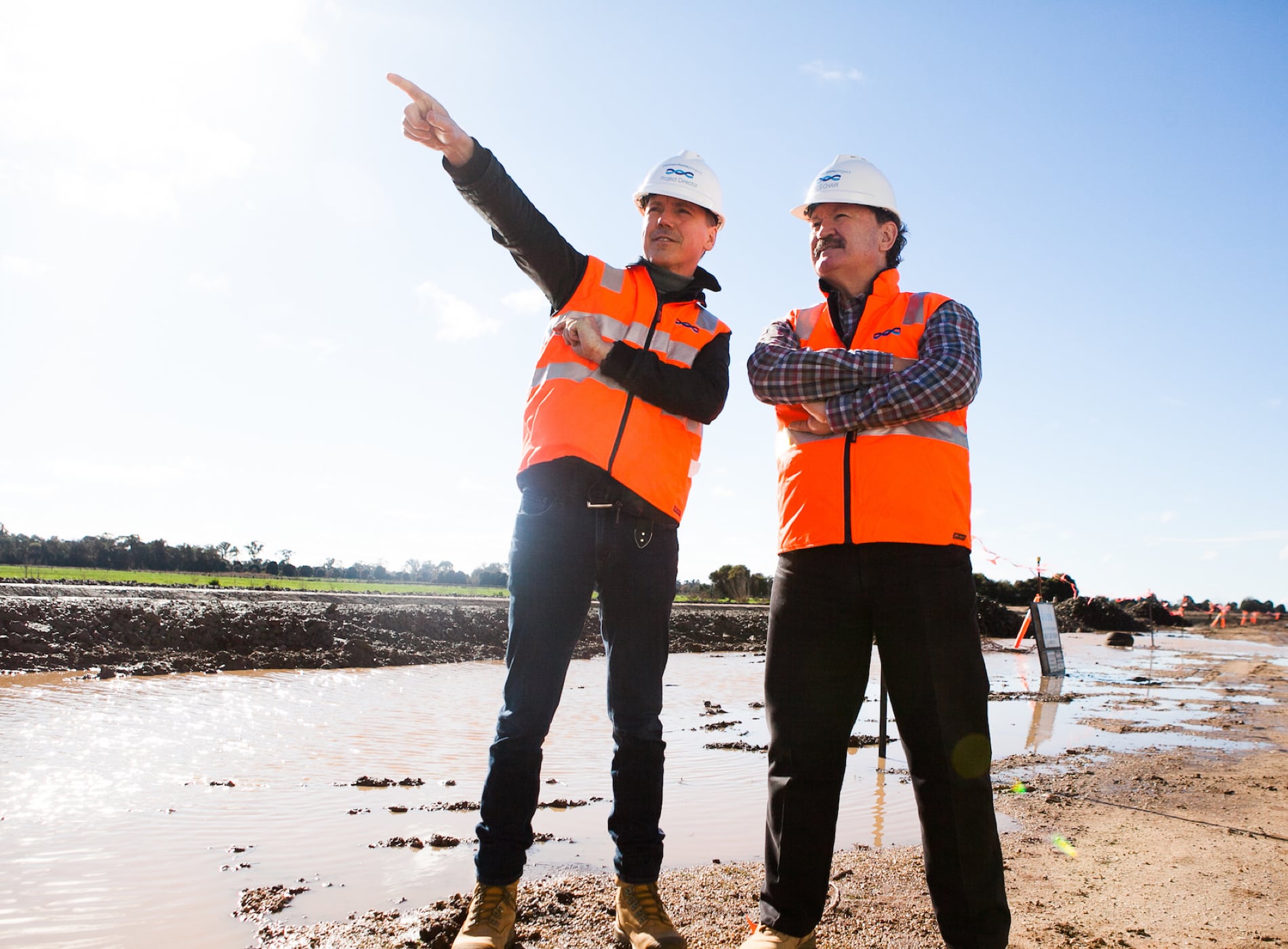 The drought was biting and change was needed

“We were in the middle of the drought and it was getting pretty severe,” Ross remembers.

“We had a couple of years where there was no (water) allocation at all.

He knew something had to be done. For the sustainability of our farmers, our agricultural industry and our region – change was essential.

“We could see this patchwork quilt was developing in the irrigation area and you could see what was going to happen if it continued,” he said.

“On a channel with 20 irrigators you might end up with two at the end and, in theory, they’ve got to pay for the upkeep of the whole system.”

But the drought wasn’t the only challenge in the Goulburn-Murray Irrigation District (GMID).

GMW’s infrastructure was aging and inefficient. When the full water allocation could be supplied, an estimated 900GL of water was wasted each year to leakage, seepage and evaporation.

“There was 2600GL coming out of Eildon, but we were only delivering about 1400GL so the rest was wasted - or at least, not accounted for,” Ross said.

“It was a huge amount of water, about twice what Melbourne uses in a year.

“We were blown away by that, and thought, what if we can save a portion of it and sell it to fund an upgrade and rationalise our system.

So the community joined forces to push for change

Ross became part of Foodbowl Unlimited; a group developed in association with the Global Foundation to tackle some of the region’s pressing concerns and further community development and leadership.

On top of their list was ensuring the sustainability of the region’s aging irrigation system.

“It was really serious, the drought was biting and they were worried and actively looking at what Melbourne could do.”

The group lobbied the community because it had a plan they knew would ensure the future of the region. Gaining further support from community leaders they commissioned a report that they then presented to government.

“The concept was: let’s put the water through the good soils, increase the delivery time, reduce the ordering time and automate it,” Ross said.

“We recognised we were going to lose a lot of water through the Murray Darling Plan.

“We’d done the sums: if we could upgrade the system, generate water savings, with a third of the savings go to Melbourne, a third to irrigators and a third to the environment, it should be a good deal for everybody.”

Then came the funding. A 'game changer' for GMID

Ross describes the moment Stage One of the Project was signed off by the Victorian Government as a game changer for the GMID. The $2 billion Connections Project is the largest irrigation modernisation project in the country.

When the Project is complete – and the channels that waste water through leakage, seepage and evaporation and meters are upgraded or rationalised – it’s estimated an average annual water savings of 429GL will be achieved and irrigation water use efficiency will be increased from about 70 per cent to at least 85 per cent.

“The faster delivery has just been fantastic for people, you can order water in three hours instead of three days,” Ross said.

“Those connected to the system love it, those who haven’t been connected hate it because they’re saying ‘why not me’.

“I think it’s been a great success in terms of productivity. And those who have taken advantage of on-farm efficiencies have been able to automate so many systems.

And, Ross said the benefits of the $2 billion investment ripple right through our region.

"I think that without the $2 billion dollars coming in keeping the place pumping along with contractors and employment; it would have been a very different scenario over the past 10 years,” he said.

"The wealth of this area has been irrigated agriculture – until the irrigation scheme was being developed this was just a river crossing: dryland farming and sheep grazing.

“Irrigated agriculture unlocked the value of the place.

“The Goulburn Valley is ideally suited because it’s flat, it’s got natural drainage lines towards the river over a huge expanse of area: for gravity fed irrigation, it’s been a fantastic climate.”

How can we help you?